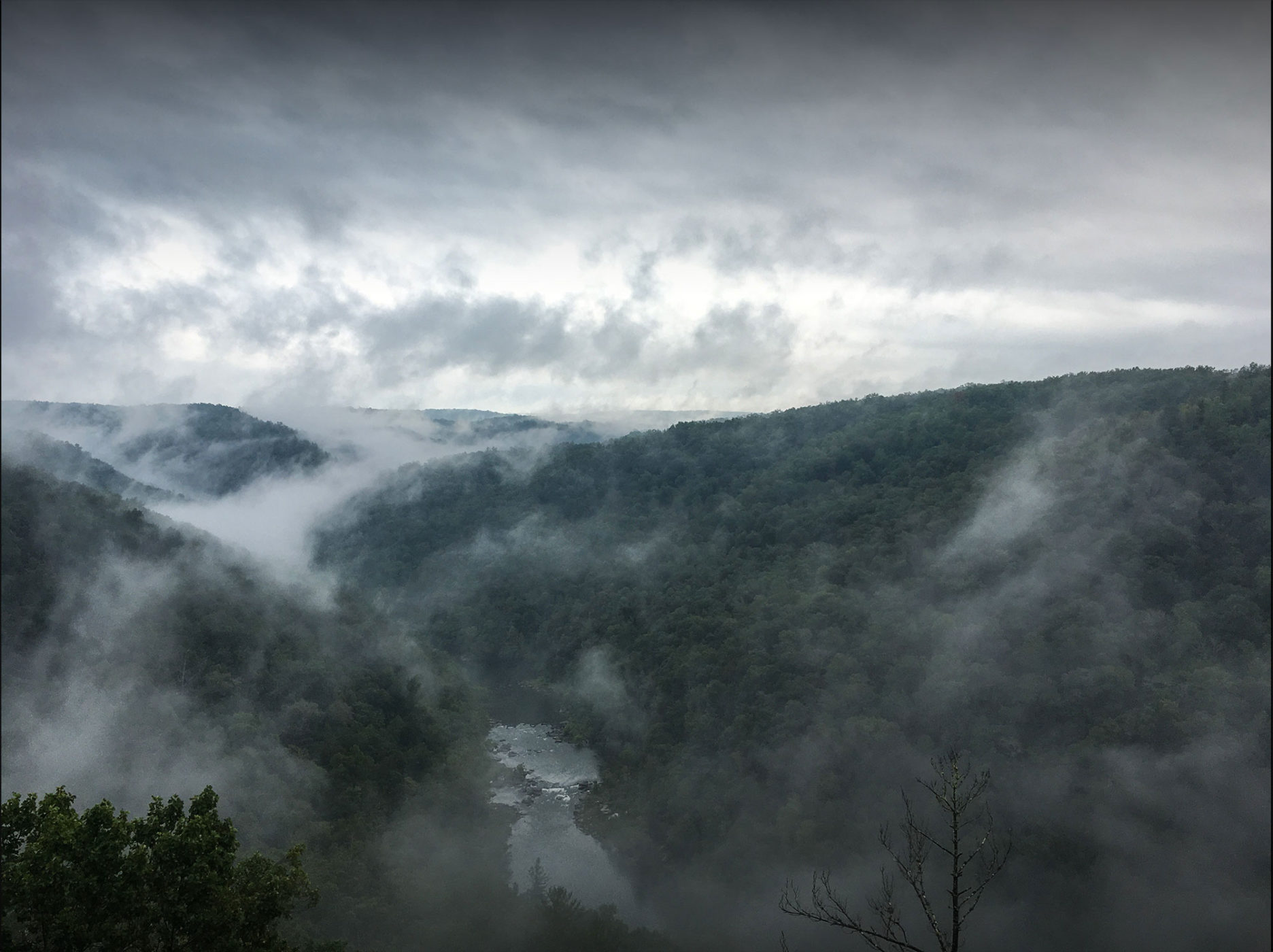 Last week a small group of friends took up the challenge of wheeling 24 hours straight in Windrock Park.
For each participant the goal was simple: push themselves and their rigs harder and farther than the typical day of wheeling.

The concept for this trail ride was developed by a mainstay in the off-road community and Flex, Rocks and Rollovers founder, Marvin Stammel.

“The idea of a 24-hour, hardcore wheeling event has been in my head for a while now.
I’m on a mission to create extremely challenging, multi-discipline, 4×4 challenges specifically designed to push the driver and the co-driver to their absolute limits and beyond.
Literally to Hell and Back! Eventually, I’d like to see something like this adapted to include Jeeps, Trucks, Buggies and possibly UTVs.

The decision to give it a go was only born only 6 days prior to the start of the challenge. Given the short lead time, making something like this happen under such short notice meant involving a small group of local friends.

The purpose of this very first Hell and Back trail ride was nothing but a test and a benchmark. Ultimately this trail ride will serve as a foundation for Flex, Rocks and Rollovers, and event sponsors and partners, to create something really awesome and challenging for the off-road community. A true challenge for man/woman and machine on some of the hardest trails the east coast has to offer!” 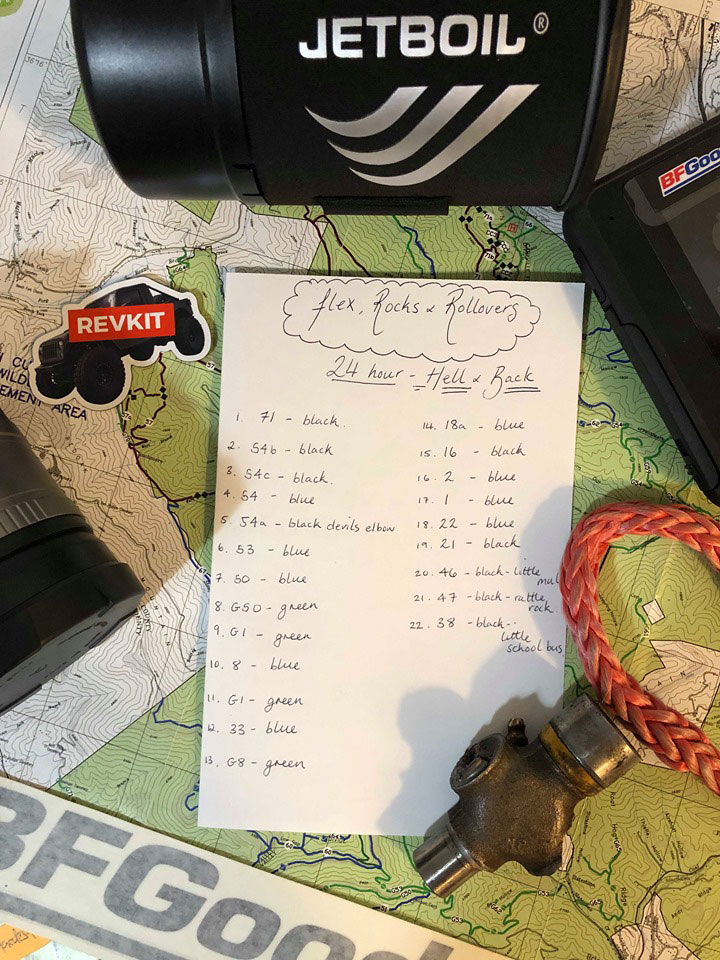 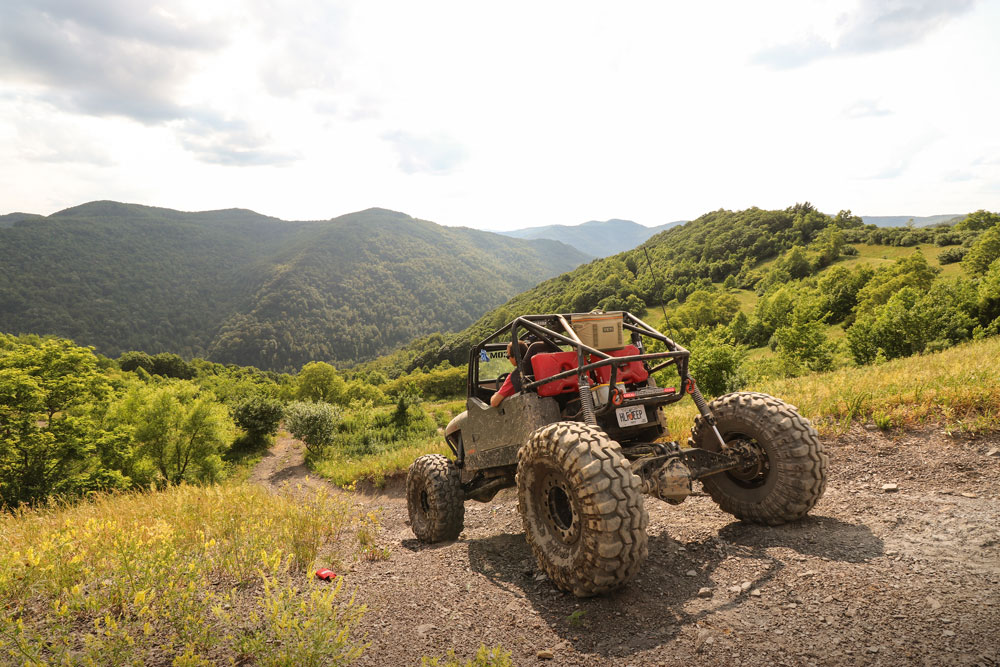 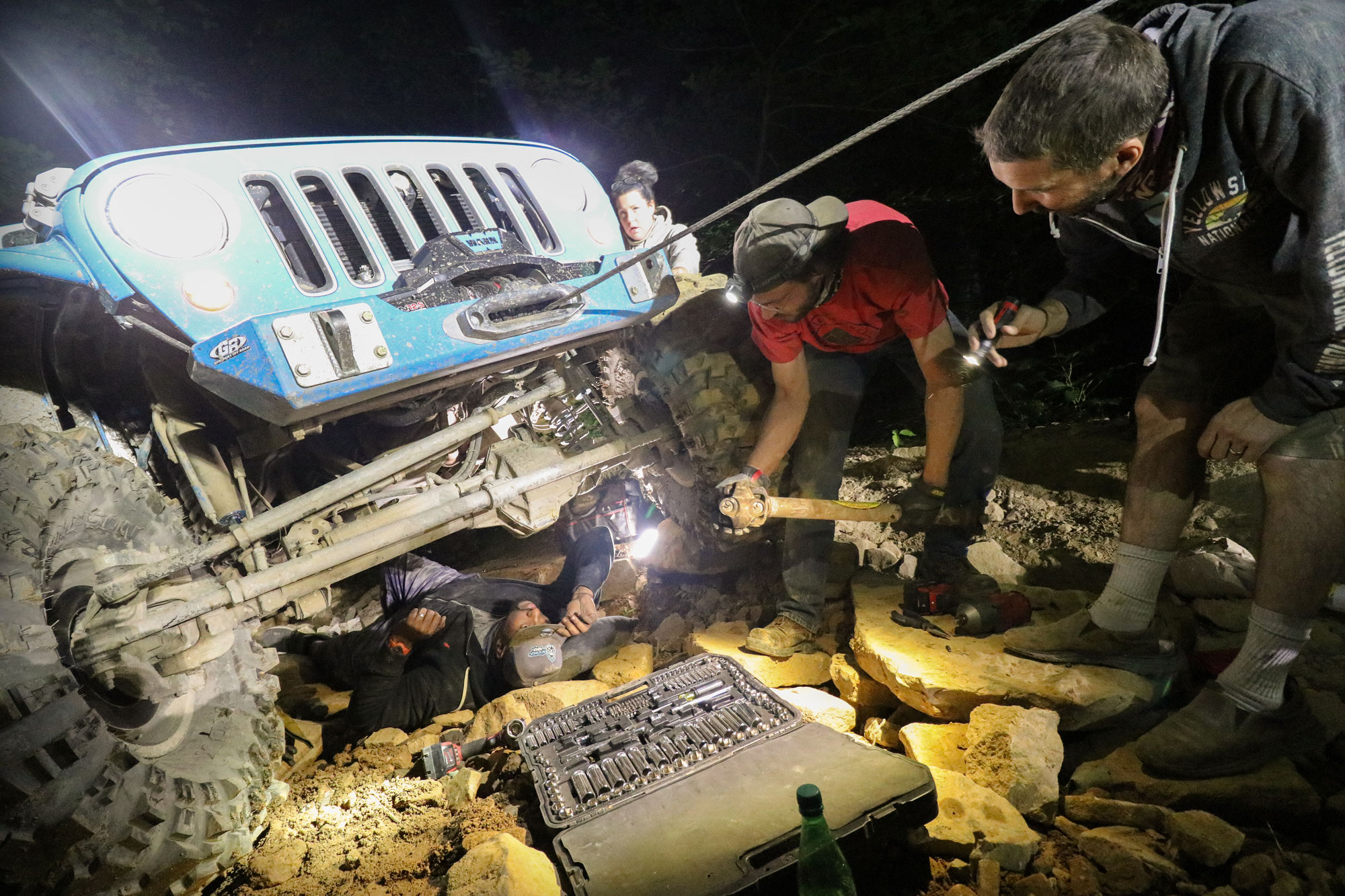 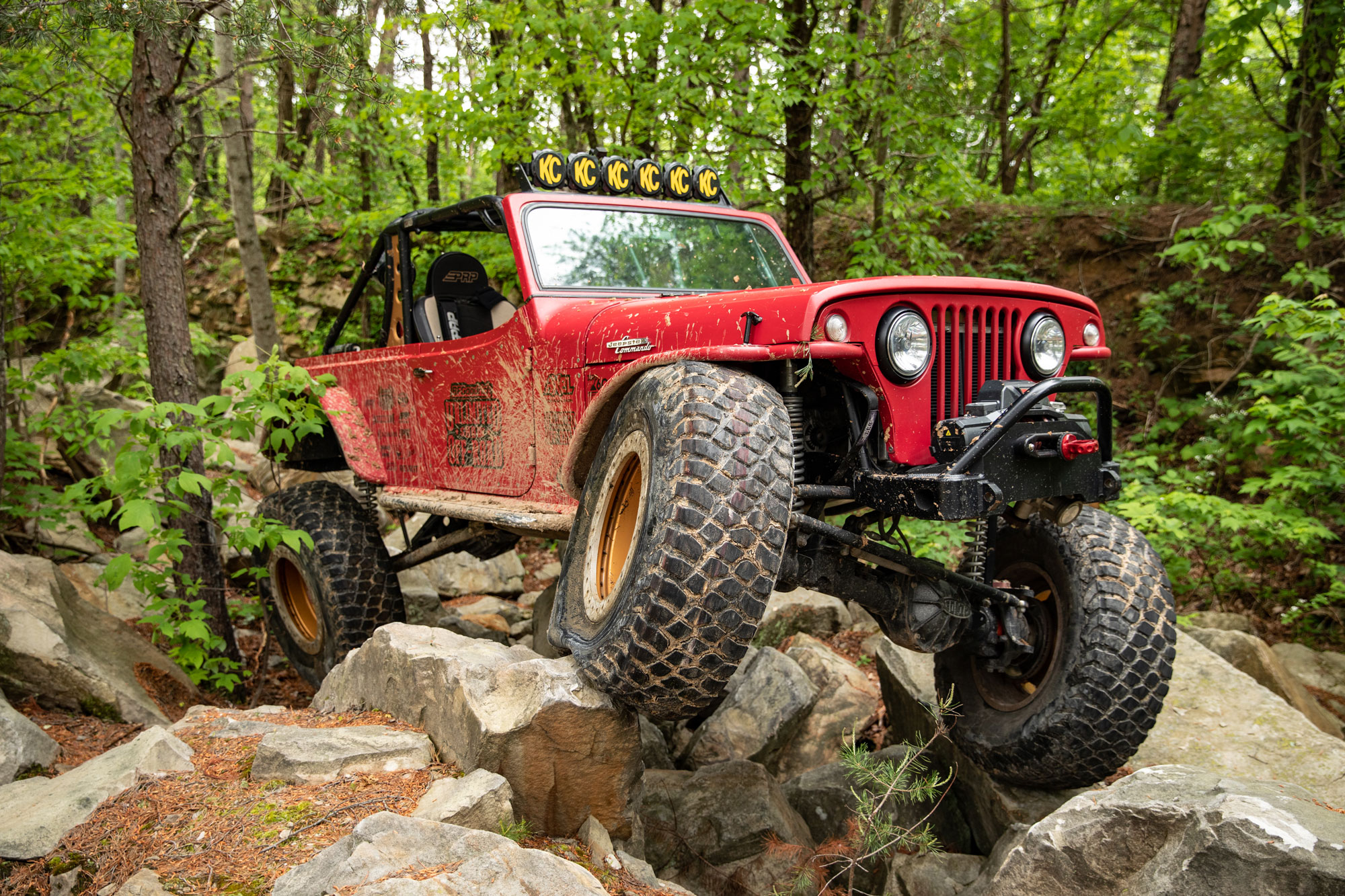 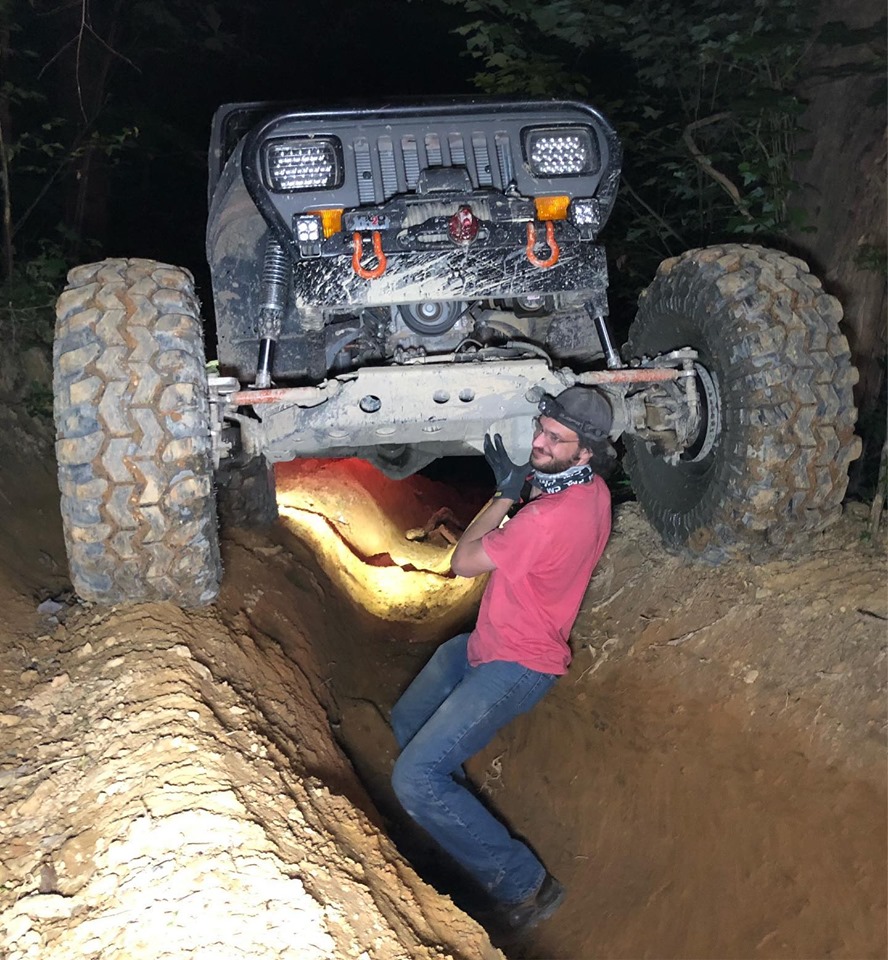 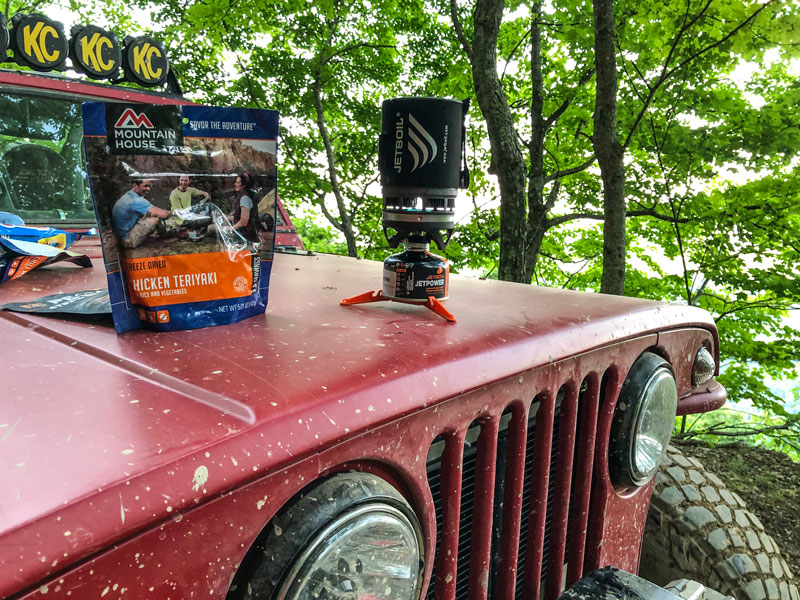 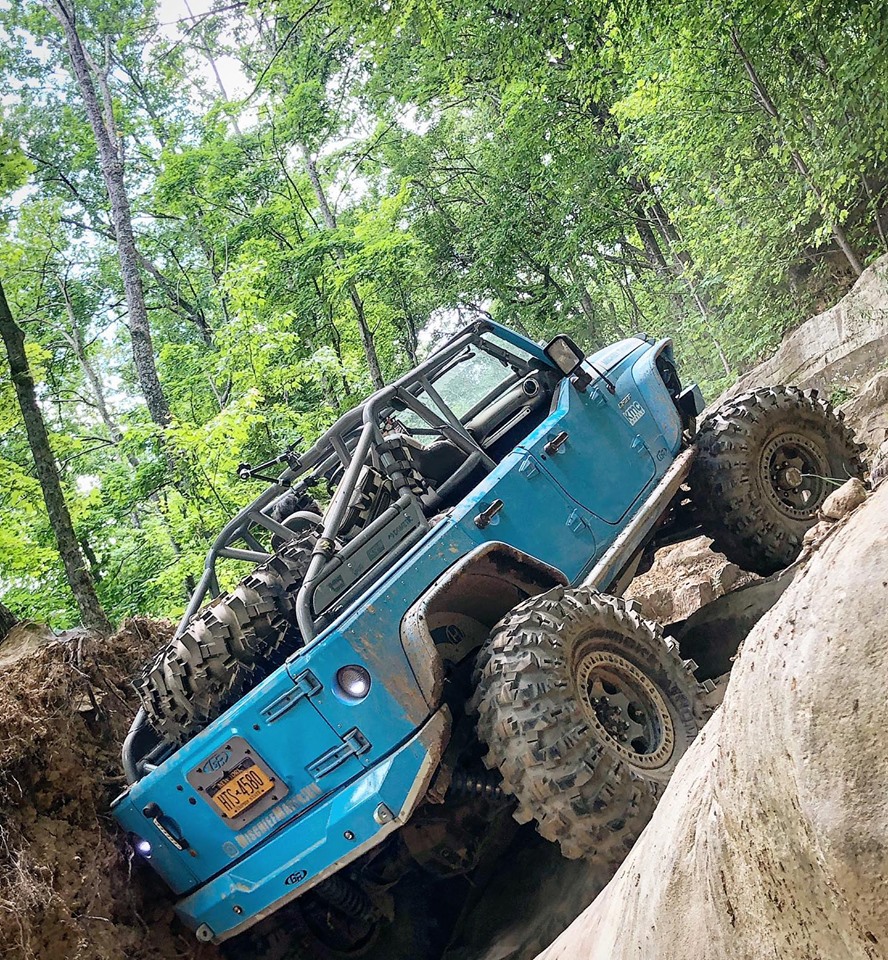 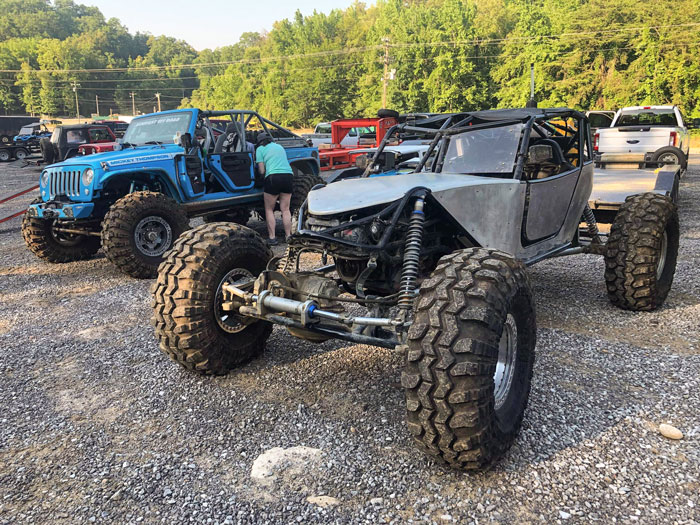 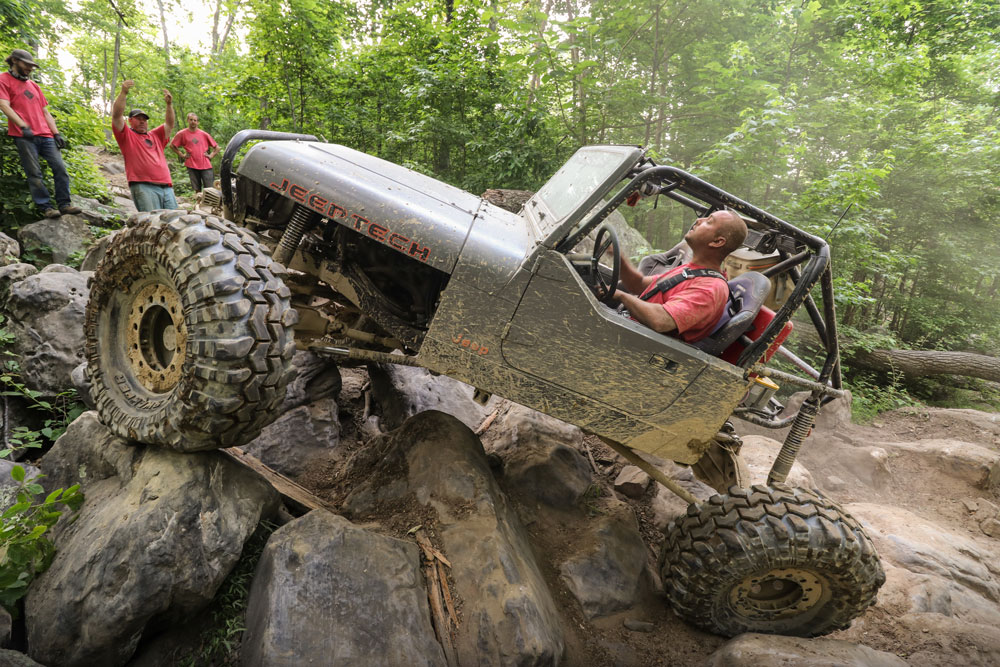 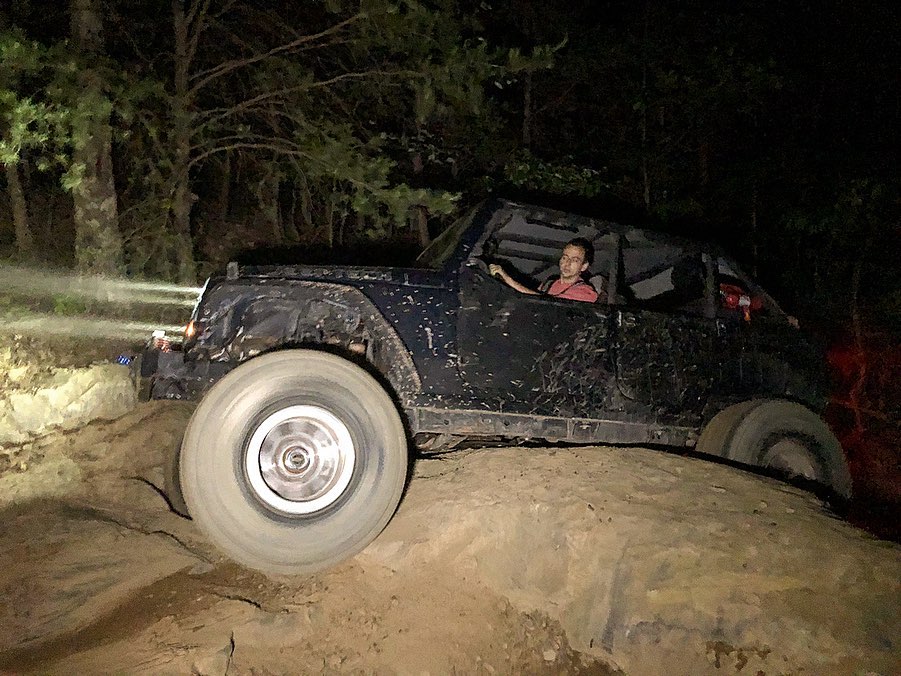 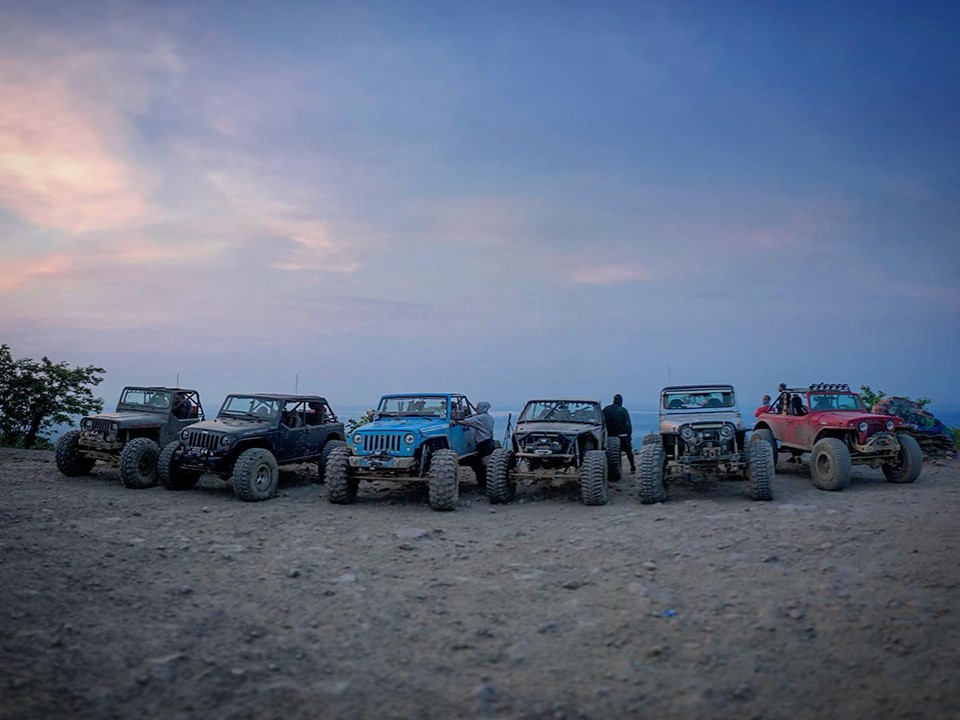 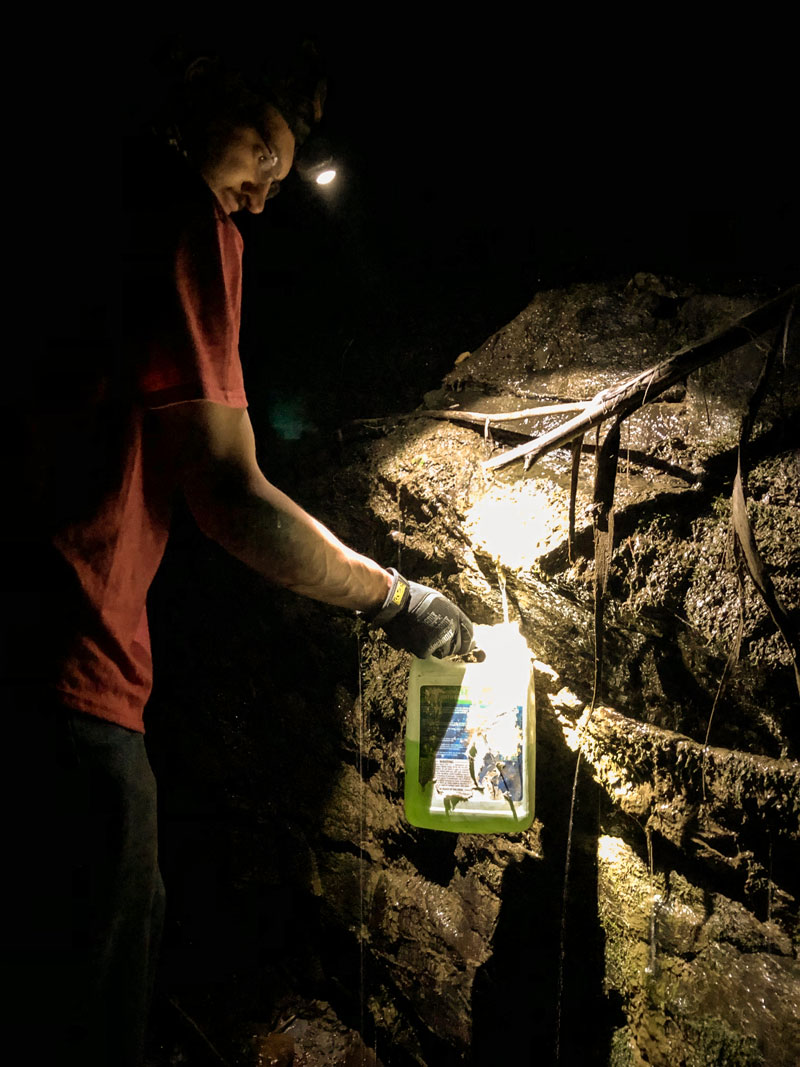 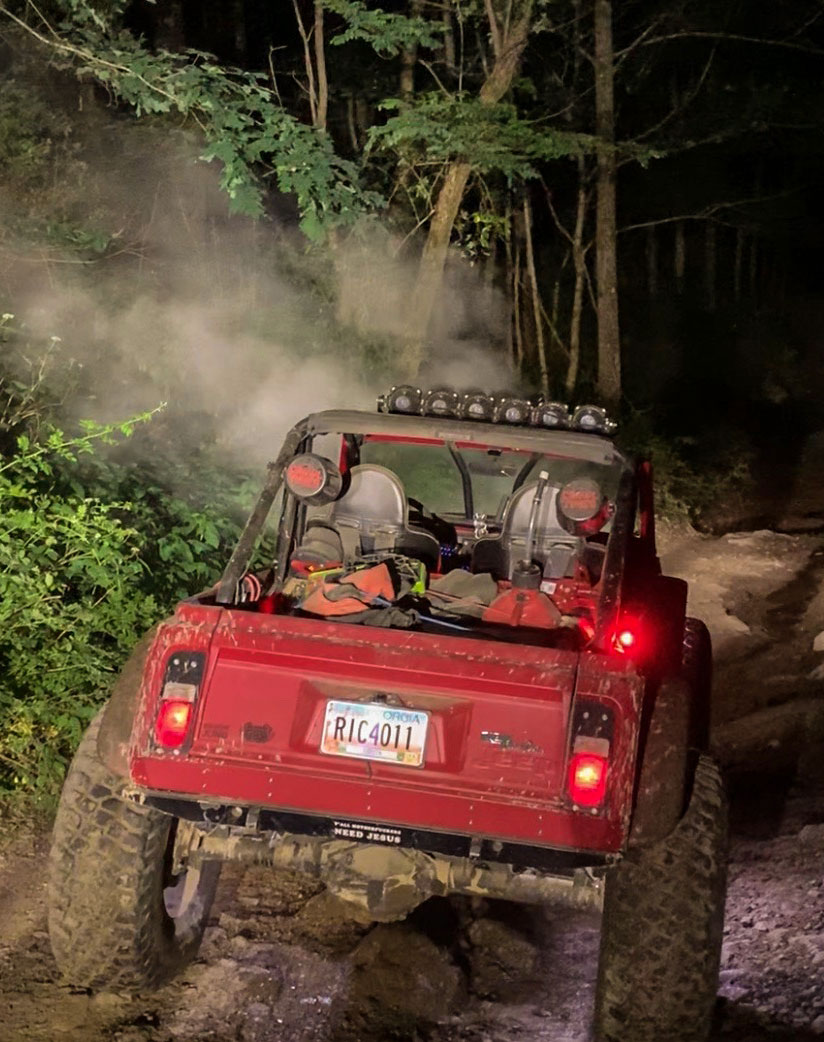 There simply is no better setting on the East coast than Windrock Park.
Located deep in the mountains of Tennessee - 72,000+ acres of slick & extremely rocky terrain.
Giant rocks, deep mud, steep hills - 300+ miles of Trails! 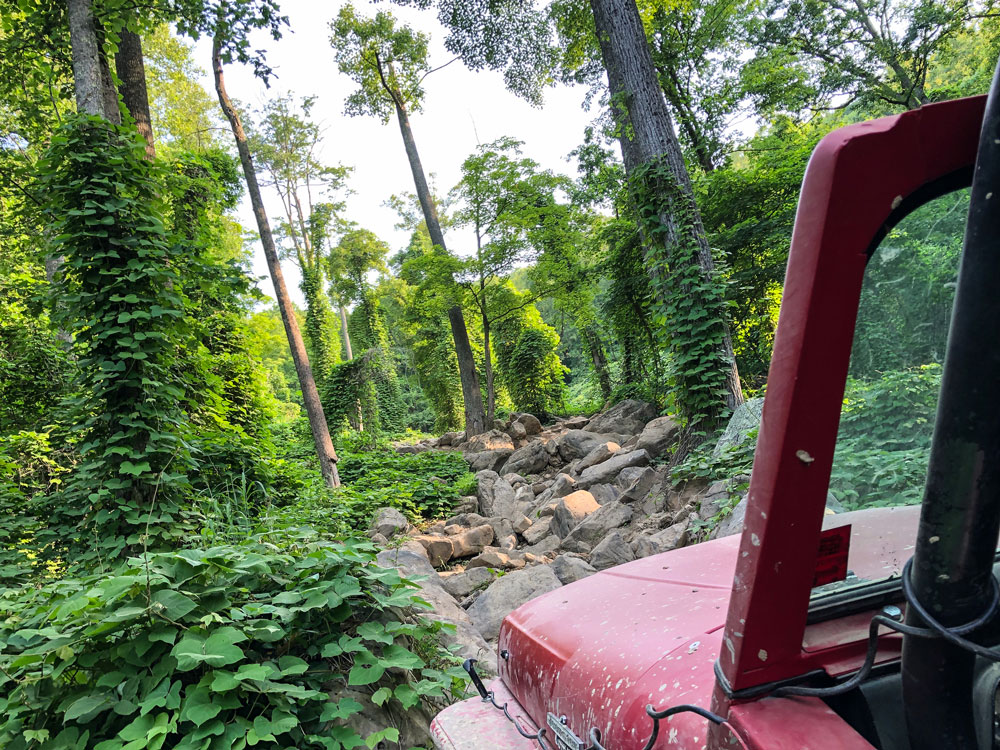 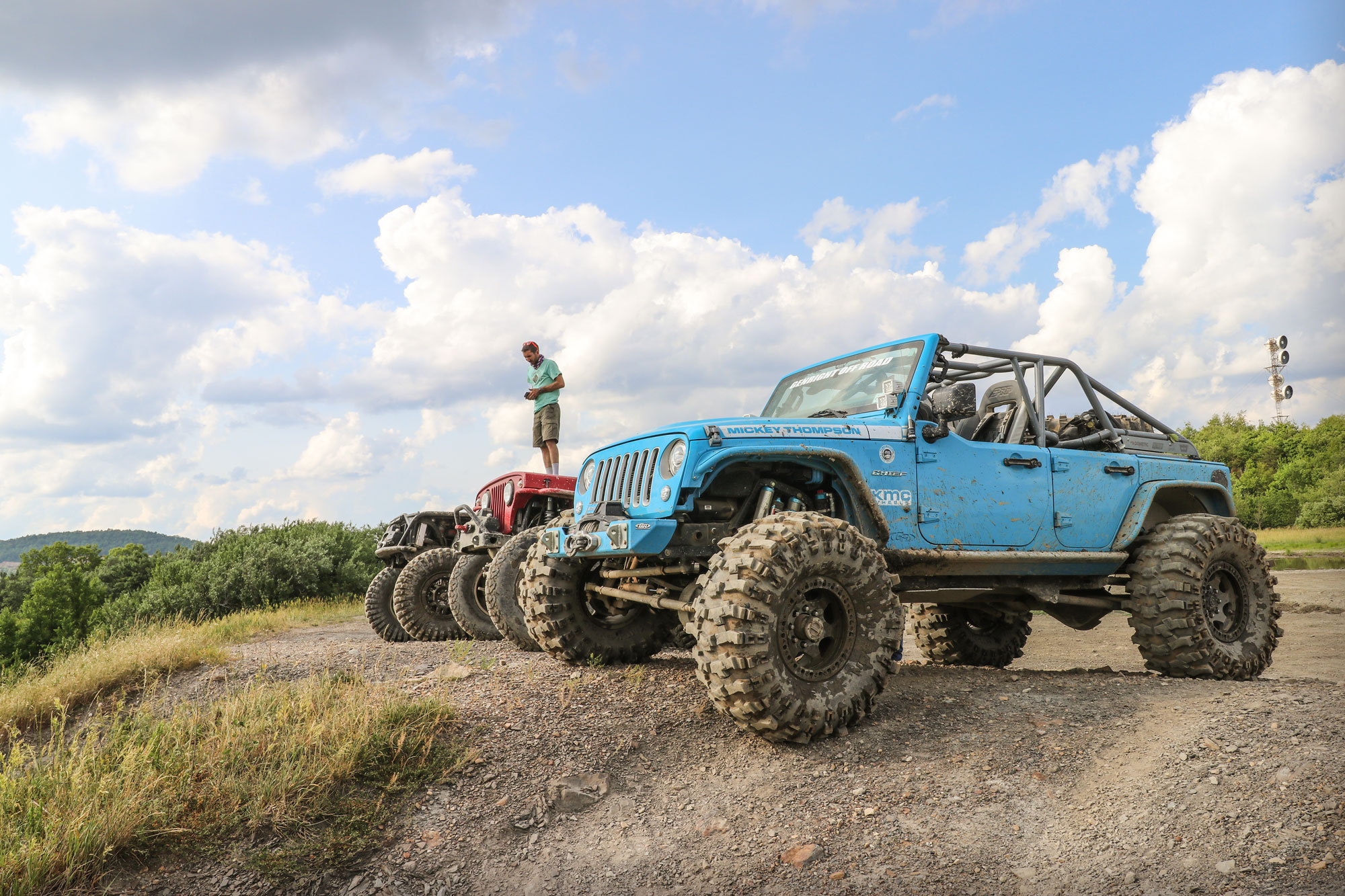 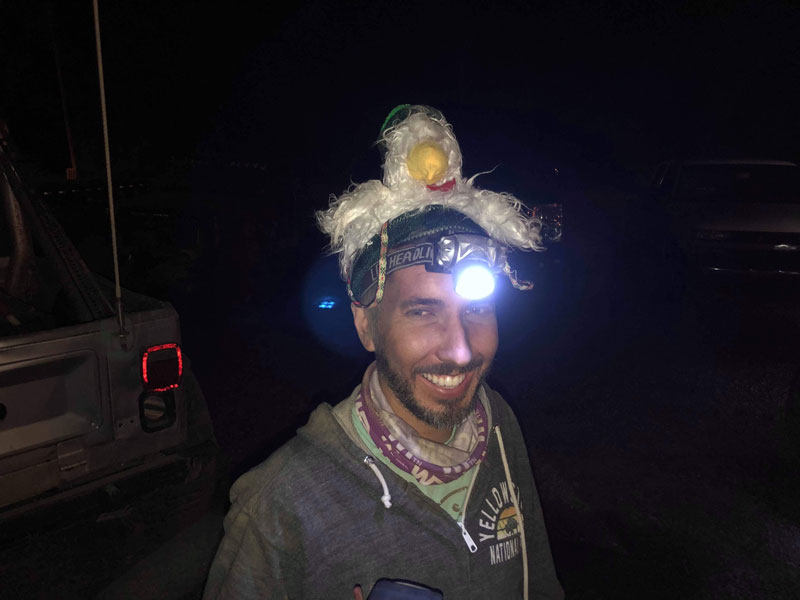 The team mapped out a series of 22 trails for the event, including many double diamond rated trails like Devil’s Elbow, Trail 7, Trail 71, Trail 15 & Rattle Rock. They ended up conquering 60 miles of trails total.

The newly released Windrock Park App with it’s interactive map (available for download here
(apple link) and here (android link)) helped in the development of the team’s route, which was designed to start at the far north end of the property and end at the Windrock Park General Store and main park entrance. 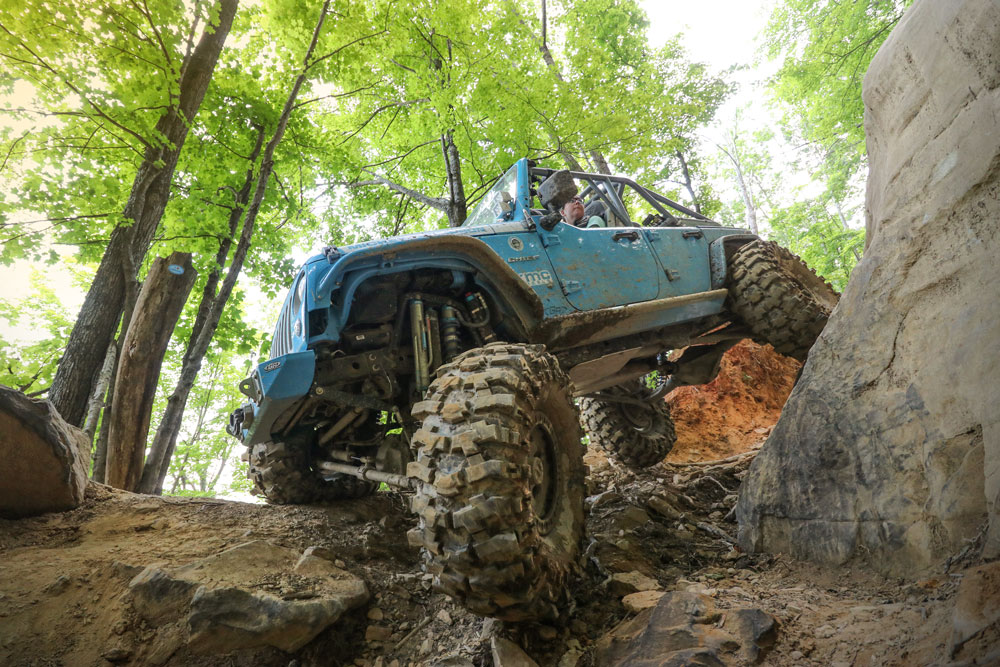 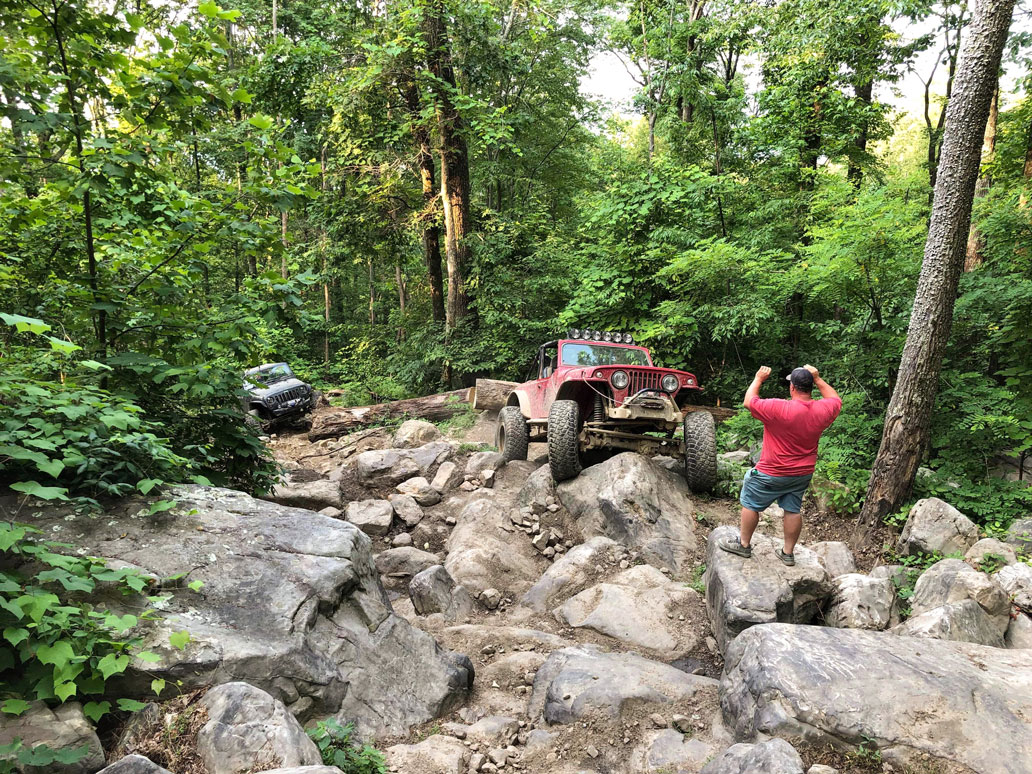 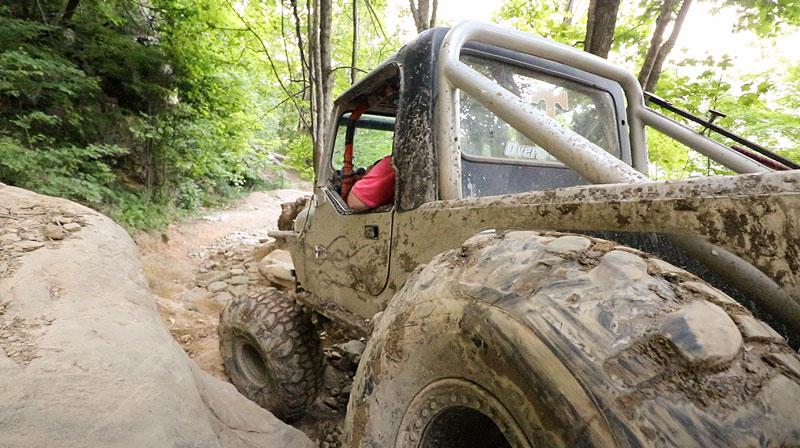 The group left the Windrock Park General Store Parking lot on a Saturday morning at 9:30am.
Planned was to make it all the way to the furthest most northern end of the park as quickly as possible, then hit Trail 71, which is a black trail and then wheel our way back towards the General Store where we had our trucks, trailers, spare fuel, spare tires etc. Rock Bouncer driver Trevor first had to battle a fuel pump failure followed by transmission problems. After a hand full of different (and creative) approaches of fixing the issue, he made the call to turn around. He was the only participant that did not make it all the way to the end.

In order to spare us all some dirt road time we decided to hit Devils Elbow on the way up to the north side.
A very steep, very rocky climb that we would hit later again on our way back down to the south side.

The Caryville Flats
This trail system was a fun lunch stop in between some of the black trails on the northern side.
A bunch of different hill climbs - from mild to wild!
Very fun place to mess around and have fun!

Trail 7
This trail has been off the map for a while! Luckily, Jeremy (who’s local to the park and knows his way around) was able to locate the entrance to it. This trail is extremely overgrown, with very steep and loose climbs. Non stop. One after another. It was on this trail that Hollie’s front wheels stopped spinning and, after a brief investigation, it was clear that her driveshaft had become disconnected at the transfer case. Closer inspection revealed that 2 of the 4 bolts were missing and the remaining 2 sheared off from the night’s abuse. Luckily Marvin had a spare set of Tom Woods Driveshafts with him and was able to give Hollie the exact bolts she needed to continue on!

Trail 15 at 04:23am. For real?
This trail is close to camp and pretty much the gate keeper of a whole series of extremely gnarly trails. Deep V-Notch alike wash-outs and dirt climbs that throw your rig onto each side and basically make you feel like you’re laying on your side the entire time. Next comes a JKUsized bolder you have to get around followed by a long, wide and very steep rock face. Very much like stair steps, with huge undercuts and muddy sections in between.

Rattle Rock
This trail is one of Windrock’s by far hardest trails was the very last trail of the challenge. Having to conquer mile long rock garden after 22 hours of non-stop four-wheeling is literally insane.
The last vehicle crossed the finish line at 9:30am sharp on Sunday morning which completed the 24 hours Hell and Back challenge on the dot. 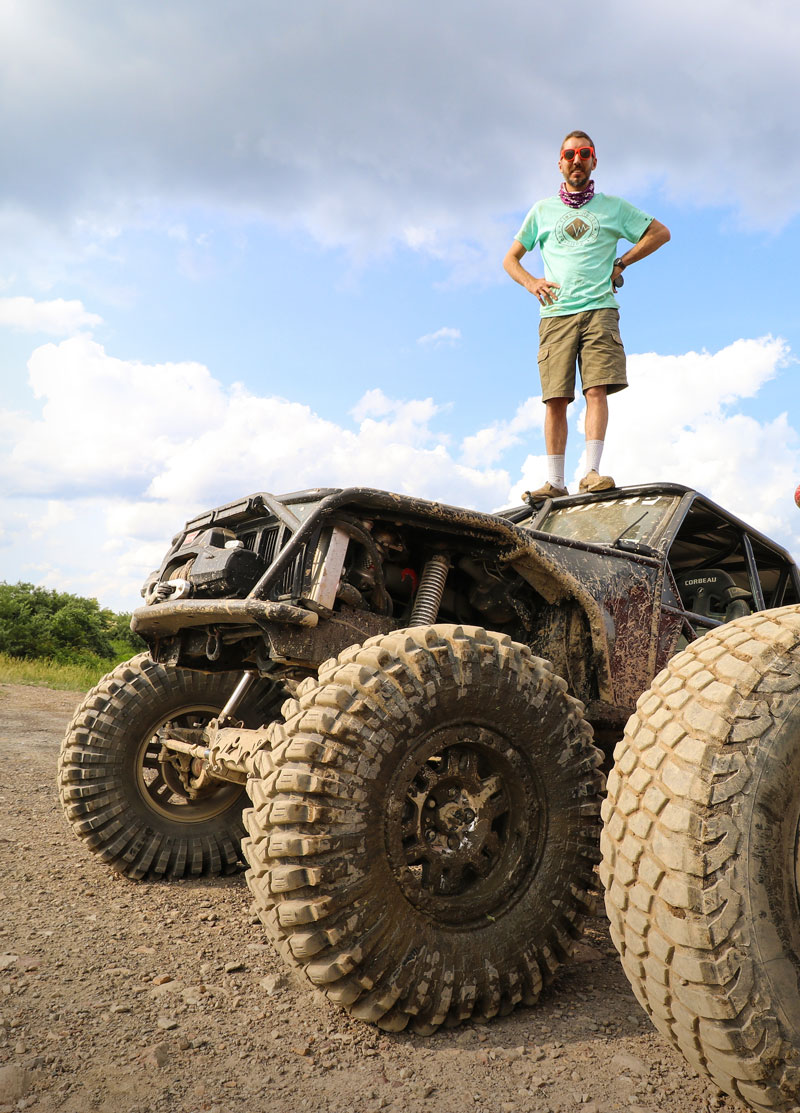 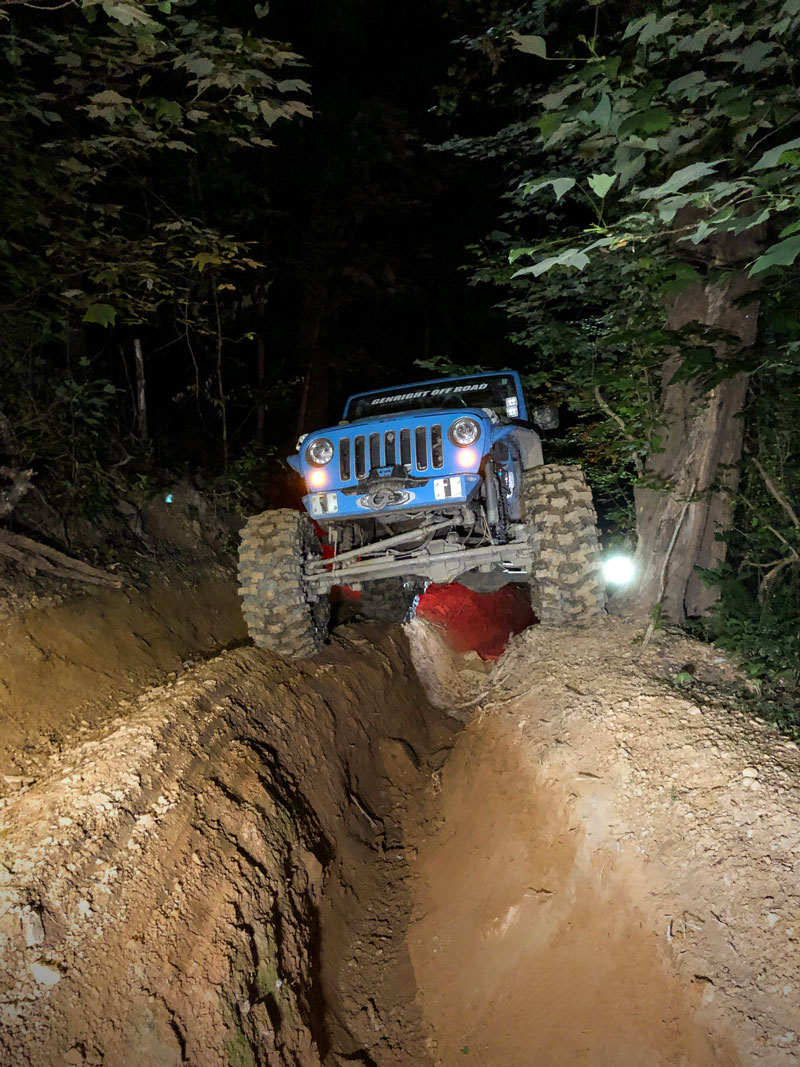 Flex, Rocks & Rollovers is a off-road lifestyle platform
with an integrated influencer network, a series of exclusive, one-of-a-kind events and an online shop for Off-Road dedicated Parts, Gear & Apparel.